you told me you didn’t love me

and then there was laughter

skipping down an empty sidewalk,

and a midnight moon

can we stay here forever?

i don’t want to forget

it’s getting so loud

and we’re moving so fast

all of a sudden the deafening roar

The end of the tracks

This is where 4 lives end

I can still hear their voices.

In retrospect it all seemed glossier

The glow in your warm center and your laughter

Holding hands walking up the dark stairwell the petals

trailed behind us and blew away with the wind

They got swept up in the whirlwind and disappeared into the sunlight.

I could see those little specks of light trickling through the dusty corridor whenever I came home,

They were holding your place.

Driving through the Deschutes National Forest by myself during a snowstorm, putting my hand out the window to feel the freezing night air and smiling the whole way through.

It’s brightly lit in my bedroom, where I’m sitting and writing out my latest blog entry from under the throes of a pretty severe cold I contracted on the flight back to San Francisco from Shanghai. It’s strange to think about how just a few days ago, I was in Shanghai at TianZiFang, having pizza and applying deet to avoid mosquitos. Even more recently, I bought my last Costa Coffee at the Beijing airport before boarding my final flight that would take me back home.

The only visible remnants of my trip are my pretty solid suntan from Ko Phi Phi, and now the cold I brought back on the plane ride. When I got back to the city, I became overwhelmed with how “white” everything seemed. People everywhere were speaking English, and (surprise), I got service with an actual smile at the arrivals counter in the SFO airport. Getting on BART was shocking. The transportation system seemed so inadequate, small-town, and quaint compared to the metro systems of Shanghai and Hong Kong. A voice with a southern drawl and bored tone announced each and every BART stop we were approaching. I had grown accustomed to hearing electronic voices and seeing blinking lights announce stops in Shanghai. “Now approaching, South Shanxi Road.” “The next stop is XinTianDi.” “Please mind your belongings.” All this had changed into: “Neeext stahhp, Col-muh. Col-muh stay-shin.”

San Francisco seemed like a quiet, deserted little town compared to the buzz and immense energy that is Shanghai. When I arrived in San Francisco, I noticed how broad the streets were, and how few people and cars were on the streets. There were no gargantuan marquees with television blaring from the buildings…no bikers, no pedestrians, and no cars trying to run everyone over. After being on a 12 hour flight, I immediately wanted a massage. I was tempted to walk over to the Jin Healing for Women massage center near my house, and tell them in mandarin, “Give it to me for $15. I know how you people work. Don’t shit me – I just got back from China. $55 is way too much.” I felt somewhat sad knowing that this tactic would probably result in failure.

Today, missing the tastes of Shanghai and hoping to clear my sinuses with a little Sichuan food, I drove my near bedridden self to Sichuan Home in the Outer Richmond district, a few blocks from my apartment. I ordered the ShuiZuYu, or hot chili oil fish, and found it to be a bit of a disappointment compared to similar dishes I’d had in Shanghai. Guess I’ll have to get my spicy fix next time.

Not to mention, my beautiful girlfriend whom I’ve missed so much. It’s so nice to be able to fall asleep next to her every night again.

With that, I leave you with a song that reminds me of vacationing and exploration – a song I heard while being whisked away in my father’s car to a Halal restaurant in Shanghai.

Thank you for everything we had. Credit: dear-photograph 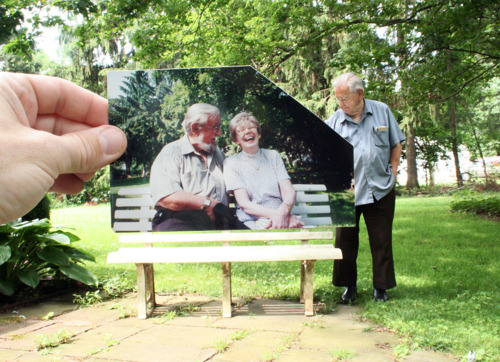